Villa Joy is a love story that began with the island of Patmos in the late 90’s. Along with the physical, unspoiled beauty of the island, its magnetic energy and serenity kept drawing us back each year, until it was clear we needed a place to call our own.

After having spent most of our time in Kampos Bay, it naturally became our first choice. As chance would have it, our dream became reality when our friend and architect, Dimitris Konstantinidis, suggested we buy a vast piece of land in the bay and we immediately jumped at the opportunity. After long summer talks together over wine, we came up with the idea to create a house that would embody slow, laid-back summer living whilst integrating the natural landscape of the area and heritage of the island.
View Gallery 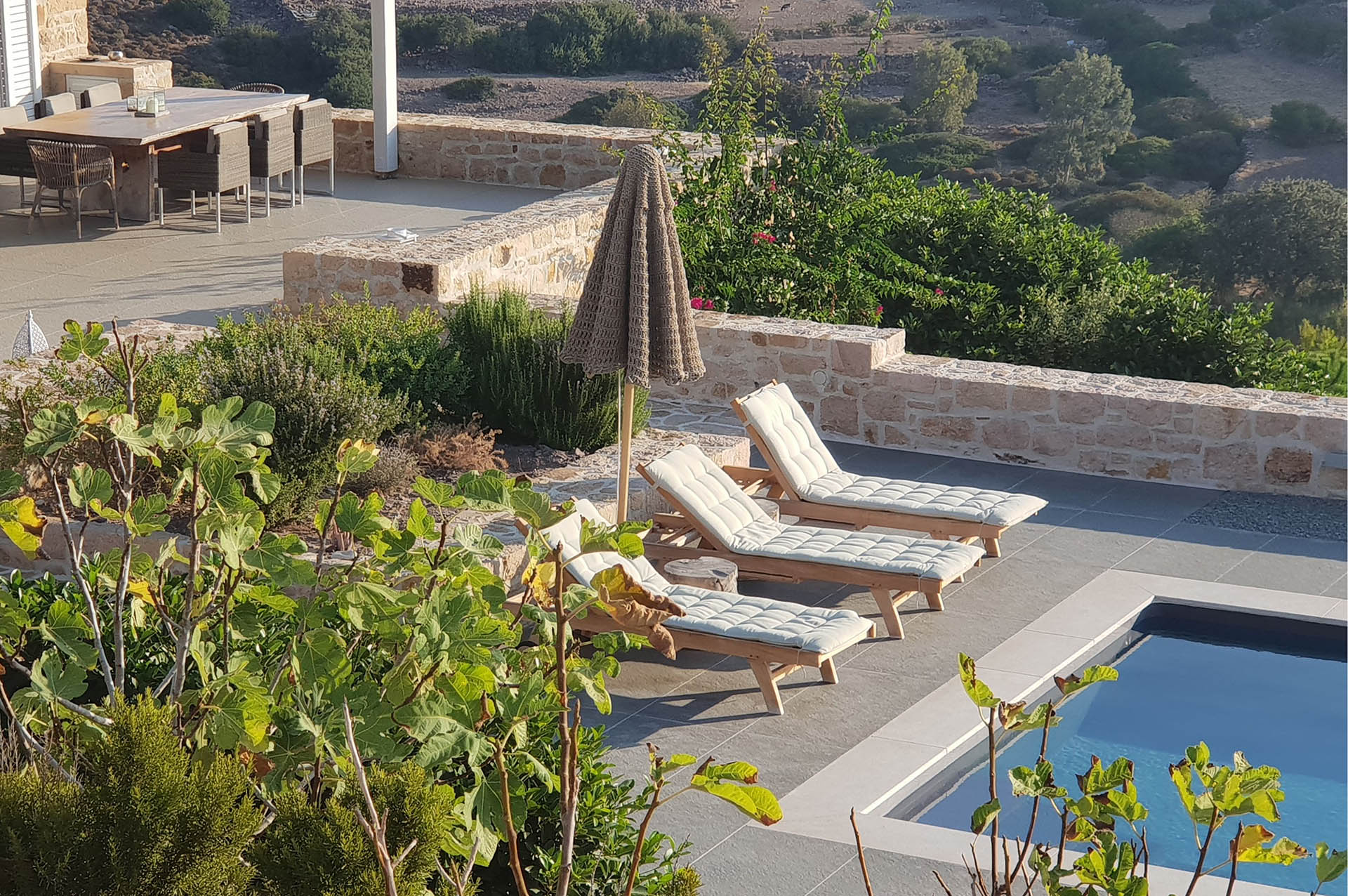 Thus the house was built from local stone along with a natural Mediterranean garden landscape, and we continue to slowly add touches such as the pool and terrace area which are ideal for daydreaming and stargazing.

Our family home is now complete and ready to share with our guests, who keep coming back each year, creating special memories of their own. 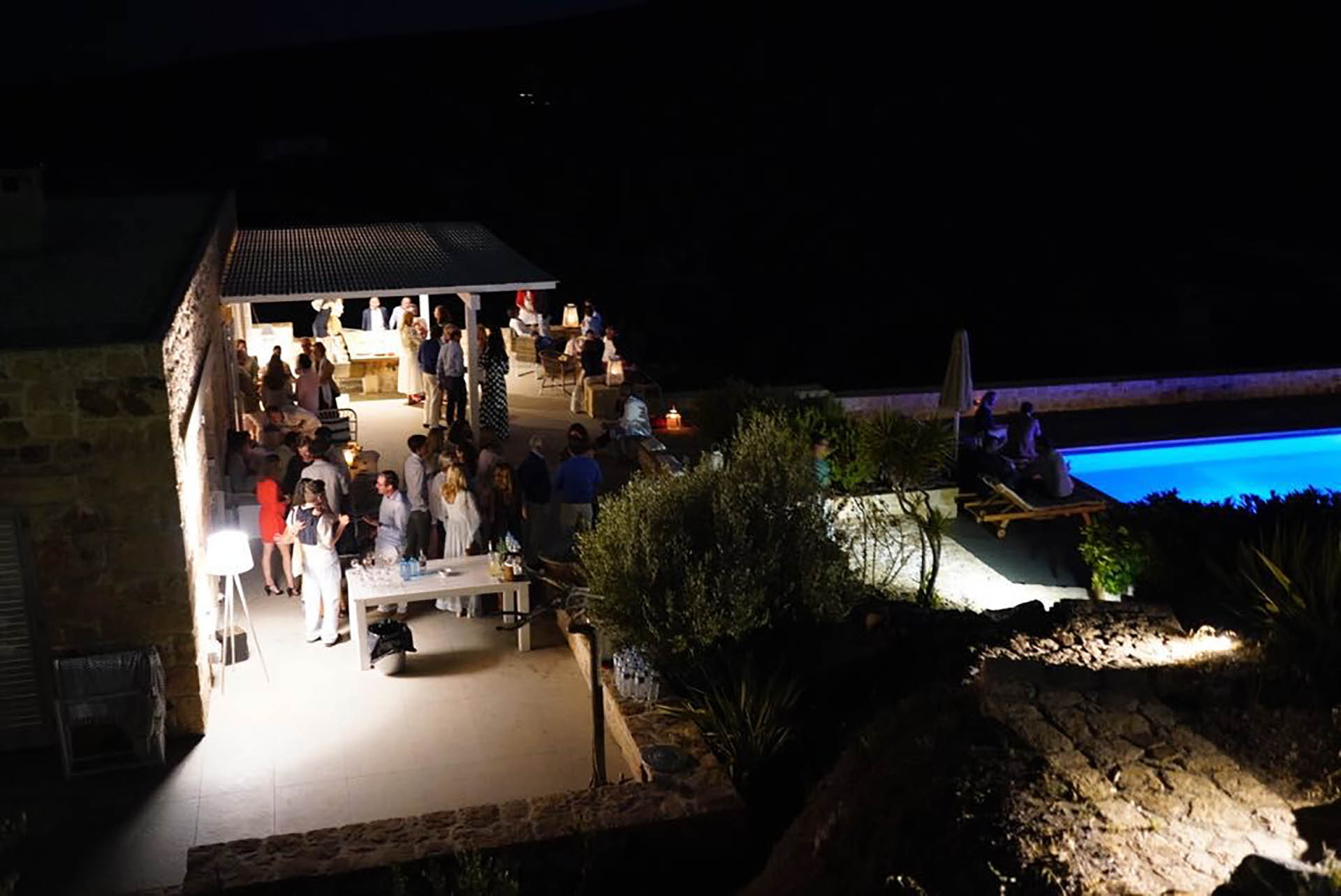